UVSC’s mission is to provide hope by raising funds for individuals fighting cancer, as well as supporting cutting-edge research for a cure. We bring together a community of unique individuals who want to help in the fight – by sharing their ideas, money, skills, and time.

UVSC is a 501c3 tax-exempt nonprofit.

Why did we start UVSC? At UVSC, each of our founders learned the ruthlessness of cancer first-hand. We also understand what you need to fight it effectively – money and community support. We started UVSC to ensure more cancer fighters get the support they need to fight and live on.

There are 28 million cancer survivors worldwide.

In the U.S., there is a 50% lifetime risk of developing cancer for men.

Every 13 minutes, a woman dies from breast cancer in the U.S.

5-10% of those diagnosed with a Glioblastoma survive to five years. 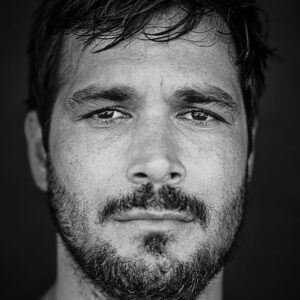 Founder, President & Treasurer
Jamil Newirth is a practicing Hawaii attorney who was suddenly diagnosed with stage 4 brain cancer at the age of 32.  Jamil was born in Santa Cruz, California but grew up in Maui, Hawaii.  He loves sports, including surfing, and has a great group of friends and family.  He graduated from Pepperdine University and University of Hawaii’s law school.  It was right after law school graduation that his life completely changed.  While studying for the Hawaii bar exam he was diagnosed with malignant brain cancer, a Glioblastoma, and given only 17 months to live.   That was four years ago that his entire life focus shifted to beating the odds.

A Glioblastoma is often referred to as the “terminator” because of how lethal it can be.  Statistics show only 5%-10% of those diagnosed survive to 5 years and the final mortality rate is close to 100%.  Jamil, unwilling to allow these statistics dictate his life, took and passed the Hawaii bar exam the year after his diagnosis while undergoing chemotherapy treatment.  He continued to work even while undergoing chemotherapy and radiation treatment.  It was difficult and some days he was too tired to even get off the couch but it gave him the chance to not dwell on his diagnosis.  He is currently a practicing attorney in Maui, Hawaii and President of UVSC.  In his spare time, he likes to surf, play basketball or tennis, and keeps healthy by focusing on his diet and exercise.  He also completed his first Marathon in December, 2016 and plans to keep living his life.  He knows if he can overcome the odds of surviving Glioblastoma, he can do anything.  In that way, cancer has actually been a blessing and a motivator.  He hopes, with UVSC, he can help others battling cancer also see the positive side of their diagnosis and continue to fight their best fight. Most importantly, Jamil realizes that it is the crucial support of friends and family that continues to help him overcome cancer’s death sentence and he hopes UVSC can do the same for others so indiscriminately targeted by this disease. 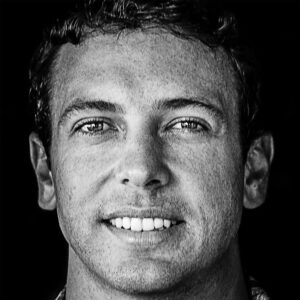 Founder & Vice President
With an estimated 1.7 M new cancer cases expected in 2016 alone, it’s not hard to assume that you’ll know someone affected by cancer. However for Chris Thibaut, and many like him, cancer has been a prevalent factor in his family’s history. He lost an aunt to breast cancer, his grandfather suffered from lung cancer, his uncle is currently battling throat cancer, and one of his closest friends contracted, but luckily beat, testicular cancer when in college. However, the biggest hit to him and his immediate family was when his father, Rob Thibaut, was diagnosed with cancer in 1996. After intense treatments, there was a glimmer of hope when their family was told the cancer had cleared. However, cruelly, the cancer came back shortly thereafter and he was lost in a matter of days.

Throughout Chris’ childhood, Rob launched and grew TS Restaurants from a single location on Maui, HI to a regional power player, with 13 locations between Hawaii and California. This proved highly influential to Chris, who chose to pursue restaurant entrepreneurship on his own. Over about 16 years, Chris worked in 8 of TS Restaurants’ 13 locations and now sits on its Board of Directors as Member and Owner. He has now partnered with Maui Brewing Company to launch its new Restaurant Division, expanding their brewpub locations throughout the state of Hawaii. 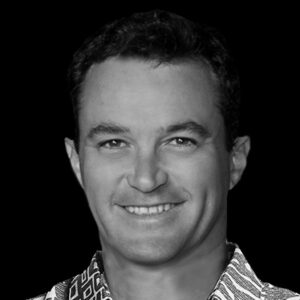 Secretary
Greg grew up in Laguna Beach, California and has resided in West Maui with his wife and two children for the last 12 years. Greg has a proven track record of success in development and luxury real estate. His firm, Elite Pacific Properties, which provides the highest level of real estate services to its clients, has climbed to the #1 ranking luxury brokerage in the state of Hawaii under his leadership.

For the last 11 years, Greg has also been an active board member of the Donegan Burns Foundation – a nonprofit helping to provide grants for literacy and after-school programs as well as scholarships for deserving youth. Over the last decade, the foundation has given hundreds of thousands of dollars in grants to elementary schools to meet the needs of students with learning differences as well as full ride scholarships to deserving students around the country.

Greg is now dedicating his ambition and nonprofit experience to focus on UVSC’s mission, which is one close to his heart. Greg credits having learned the ways of success from his father, a man he truly believed to be larger than life. In 2011, Greg’s father was diagnosed with Cancer. Despite his father’s brave fight against the disease, he lost the battle shortly after his diagnosis. This was a moment where Greg decided to dedicate himself to the fight to make this story for other families become one of the past. As a UVSC board member, Greg will do whatever it takes to ensure UVSC’s mission to help cancer fighters live on is fulfilled.

At UVSC there are no salaries, so all proceeds and donations go directly to UVSC’s mission to fight cancer.

WHERE DOES YOUR MONEY GO?

Each cancer fighter’s needs are different. First, we aim to meet the needs of the individual fighting cancer. Any remaining portion of your donation goes towards cutting-edge research to find a cure.

WHO DO WE SUPPORT?

We believe a big effort equals a big impact. We also believe in the power of focus. We choose to rally around a few cancer fighters each year, in hopes that we can have a significant impact in their fight against cancer. Give your support today.